To share your memory on the wall of Joan Rayo, sign in using one of the following options:

To send flowers to the family or plant a tree in memory of Joan Marie Rayo, please visit our Heartfelt Sympathies Store.

Receive notifications about information and event scheduling for Joan

We encourage you to share your most beloved memories of Joan here, so that the family and other loved ones can always see it. You can upload cherished photographs, or share your favorite stories, and can even comment on those shared by others.

Posted Mar 29, 2021 at 08:14pm
I remember going to the house when Kathy was born & Joan was cooking breakfast and I was so amazed. I remember the kids were camping were fishing with marshmallows. We always had lots and lots of laughs together. Lots of fond memories. Love Phyllis
Comment Share
Share via:
JF

Posted Mar 29, 2021 at 12:30pm
Condolences to Joan's family from a fond tennis chum who appreciated Joan's dedication to the sport and to a happy life.
Loving thoughts from Jane Feld.
Comment Share
Share via:
DE

Posted Mar 29, 2021 at 08:54am
Rayo Family,
So sorry for your loss. Your mom was a treasure. I always saw her at Wegmans when I lived in East Syracuse, often in her tennis outfit. She always had a smile and a kind word. So many fond memories of our families camping together. May each of you find comfort in a special memory of your mom. My thought and prayers are with you.
Debbie Lind-Eberle
Comment Share
Share via:

Posted Mar 28, 2021 at 07:01pm
We were so sorry to learn of Joan's passing. Both my brother and I spent many of our visits at Sage Court visiting with our mom and Joan! She was always so friendly, humorous, and enjoyed our company as we chatted with our mom, Marge. We grew close with her and felt as if she was one of our Aunts. Unfortunately, we did lose contact when our mom moved to the nursing home side.
Sending you love and prayers at this difficult time. 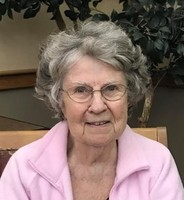