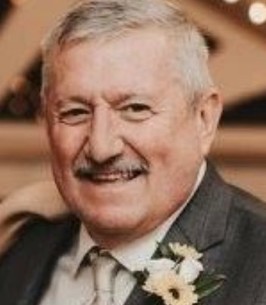 Wayne E. Hess
October 17, 2021
Wayne E. Hess of Syracuse passed away peacefully on Sunday surrounded by family. He was a graduate of Henninger High School and studied architecture at Onondaga Community College before pursuing a dedicated career with the Syracuse City Fire Department, where he would serve for 30 years.
Wayne seemed to master many trades over his lifetime. He was always known as a fantastic chef, which brought his family together for countless pizza Sundays, Christmas Eve Eve and other celebrations. He was an avid hunter, outdoorsman and would pass along his love of nature to his son, Arick. Wayne accomplished his dream of owning land to hunt and farm, He was always proud of his harvest and the homes he designed and built himself. It gave him great pride to follow in his father and grandfather’s footsteps in becoming a part of the SFD. He was promoted to the rank of Lieutenant and spent the majority of his career serving the citizens on Syracuse’s Southside retiring out of Truck 8 in 2006. His greatest achievement though was his family. He loved spending summers with them on Lake Ontario where he could often be found with a golden retriever following him and was so proud of his two children and the paths they had chosen for their lives.
Wayne is survived by his loving and committed wife, Martha Farmer of 33 years, his daughter Alexandra (Nicholas Savas); his son Arick; his grandson, Elias Savas; as well as his many other close friends and family members.
Per Wayne’s wishes, there will be no public services. A private celebration of life will be held at a later date.