To share your memory on the wall of Joseph Grammatico, sign in using one of the following options:

To send flowers to the family or plant a tree in memory of Joseph Grammatico, please visit our Heartfelt Sympathies Store.

Receive notifications about information and event scheduling for Joseph

We encourage you to share your most beloved memories of Joseph here, so that the family and other loved ones can always see it. You can upload cherished photographs, or share your favorite stories, and can even comment on those shared by others.

Posted Apr 12, 2021 at 09:33am
Dear Grammatico family...My name is Carolina Ontiveros, I was friends of Big Joe, as we used to call him here...at Mexico, we've been friends ever since we had the opportunity of working together.

I just went through a very difficult personal loss and we were in touch almost every week, he made me laugh of my own mistakes by making jokes all the time...his specialty =) He talked about you Jeanelle....all the time, he loved you so much. He said when lockdown came to and end we would meet again and let me cook for you and your family, since it was something we all in Magna used to share on weekends. Im so sorry for your loss...he was a great great friend and his advices will remain in my heart forever... Please don't hesitate on contacting me.
Instagram: caro_ontiverospena
Mobile: +52 55 17873256
Comment Share
Share via:
EJ

Posted Mar 15, 2021 at 12:38pm
Dear Grammatico Family - Joe worked for me at the McDonalds store in Shop City when he was in high school. I remember him as a very hard worker and someone who could make you laugh during a busy time. I am so sorry for your loss. My thoughts are with you all.
Comment Share
Share via:
JD

To Joe's family...I worked with Joe for 31 years and he was a great guy. Worked hard and we had many laughs during our time at the shop. We took our sons to New Jersey for a weekend at an amusement park when they were about 8 years old I think. It was a fun weekend. Being a good hearted guy, he never got too mad at me calling him "Mr. French".. I'm sure he will be missed by everyone. I am really sorry for the families loss. 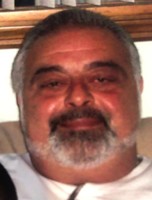