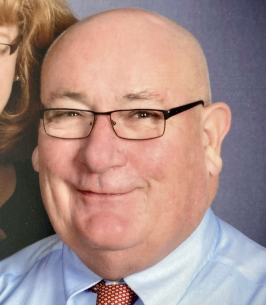 John was born October 10, 1946 in Chicago, Illinois to the late Otis and Juanita "Micki" Wesche. He graduated from Syracuse University in 1968, during which time he became a proud brother of the Alpha Chi Rho Fraternity. After graduating, he served in the U.S. Army and was a Vietnam War veteran. A lifelong learner, John got two masters degrees from Syracuse University. He held several positions with Onondaga County Child Protective Services, where he was devoted to improving children’s lives.

How to distill a life so well lived down to a few sentences? John rooted for the Yankees; enjoyed live music of all kinds, especially at the New Orleans Jazz Festival; traveled extensively; relished Genesee Cream Ale, and loved his family. March Madness will not be the same without him. He was an average golfer, an excellent cook, and all his friends liked him. He will be missed always.

John was predeceased by his first wife, Charna. Survivors include his wife, Mary; his sons, Daniel and Michael; his daughter, Ilyssa Wesche, son-in-law, Scott DePalma and their son, Connor; his stepdaughter, Madeline Leahy; his sister Kathleen Anderson, and her husband, Jim, and several nieces and nephews.

Contributions, in John’s memory, may be made to Food Bank of Central New York, www.foodbankcny.org .