Obituary for Arthur I. Warren 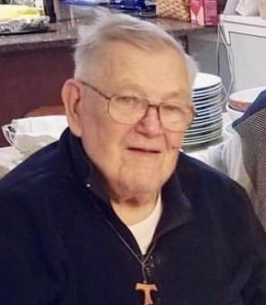 Arthur I. Warren
June 26, 1928 - September 4, 2022
Arthur Irving Warren, 94, longtime resident of Syracuse’s Northside, passed away peacefully on September 4th. Art was born on June 26, 1928, to the late Henry and Mae Warren. Art was kind, caring and giving, and he instilled these qualities in his children and their friends, simply by doing. Art loved being a dad and a papa. After long days in the factory, he would greet his family with a warm smile and a big hug. Art was always willing to give a helping hand, never expecting anything in return.

Art enlisted in the Army and was deployed two times. Initially, in Germany under the Allied Occupation with the military police. Art was called back to duty in 1950, during the Korean War, and participated in the Iwon Landing and Battle of the Chosin Reservoir. Art never spoke of these horrendous experiences, and only shared war stories with his brothers (who served as well).

Upon returning from Korea, Art met his beloved Rosalie, and they were blessed with 64 years of a loving marriage.

Art was employed at General Electric, in heavy military for more than 30 years, and retired as an inspector. After retirement, along with his wife Rosalie, he volunteered at the Rescue Mission for more than 20 years.

Art is predeceased by his wife, Rosalie Guido Warren; by his son, Arthur Warren, Jr.; by his brother, Sam Warren; by his sister, Ruth Barcomb, and by his brother-in-law and sister-in-law, Santo and Margot Guido.
Survivors include his daughters, Ann (Robert) Gillette and Rosalie (John) Bartolomeo; his grandchildren, Chelsea (Nate), Michelle (Taylor) and Nathan Gillette and Nicholas and Matthew (Holly) Bartolomeo; his brothers, William and Franklin, and many nieces and nephews.

A Mass of Christian Burial will be celebrated Wednesday, Sept. 7th, at 11:30 am in Our Lady of Pompei / St. Peter Church, 301 Ash St., Syracuse, NY. Entombment, with Military Honors, will follow in Our Lady of Peace Cemetery, Baldwinsville, NY.

Please consider donating to a charity of your choice or to Clear Path for Veterans www.clearpath4vets.org .